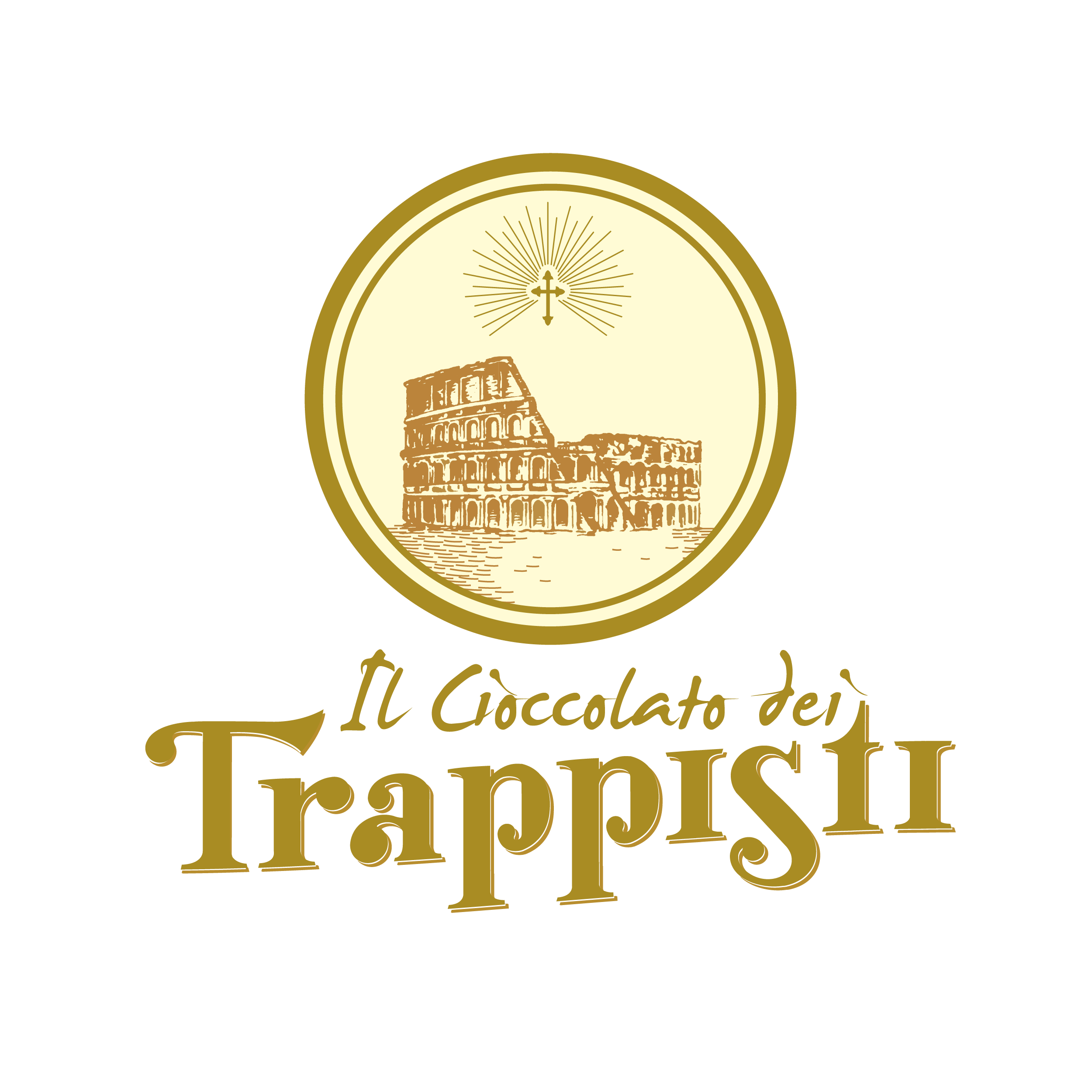 Romans discover a treasure: chocolate.
Our story begins with one of the first workshops of chocolate in the world, located in a monastery at the San Callisto Catacombs, in Rome. Rome becomes then one of the first capitals where chocolate bars are produced (before that time chocolate was indeed available only as a beverage). The product was created at the end of the Eighteenth century by Trappist Monks, a Cistercian order born in the french city of La Trappe, and its recipe was then exported to Rome by dutch Monks. The Trappist Chocolate immediately stood out for its genuineness and quality, gaining recognition at the Bordeaux Fair in 1896 and at the International Exhibition in Milan in 1906.

At the beginning of the century the distribution of the Trappist chocolate in Rome was expanded, a shop with a whole range of Trappist products opened, run by the Rugghia family, that began helping the community of Trappist Monks both in the production and trade. The shop is still nowadays where it was at that time, inside the Tre Fontane Abbey on the Laurentina road. The chocolate bars of the Trappist Monks soon became a tradition, together with other monastic products, for romans and pilgrims visiting the old monastery.

To meet the growing demand for chocolate, in 1947, the production has been transferred to the current Frattocchie headquarters, in Marino, inside the Nostra Signora del Santissimo Sacramento Abbey.

These are the years when in addition to the production of chocolate, distinguishable by the bright colors of the bars packages, the Monks add that of nougat and Easter eggs. Il Cioccolato Trappisti becomes a reference product for roman families during the Christmas and Easter holydays.

In the meantime the relationship between the Rugghia family and the monks’ community is consolidated, until the purchase of the company “The Chocolate of Rome” by the same Rugghia family in 1973. Production is mantained inside the Frattocchie abbey factory and the chocolate continues to be marketed by the Rugghia family using the distinctive “Cioccolato Trappisti” brand.

With the arrival of the new century the passing of the baton takes place, the management of the factory still passes from father to son ensuring the continuity of the tradition. The production of chocolate continues in the groove of the precious heritage, everything is still worked with the ancient machinery, dough, refining and moulding follow the same processes. In the eighties a new pocket size is introduced, featuring the same bright colors of the existing bars. Together with the chocolate bars, in 2000, hazelnut and dark chocolate spreads appear. “Il Cioccolato Trappisti” is distributed in Italy and abroad, through carefully selected retailers, so as to preserve the quality of the product, allowing consumers to have the same tasting experience since 1884.

In 2018 the old chocolate factory is acquired by the Cioffi Ferroni Grasso family. The new ownership enthusiastically inherits the responsibility of carrying on a unique, centuries-old tradition, committing in preserving and promoting a product of excellence that, because of its original story, can indeed be considered a universal heritage.

The new management has been recognized as exemplary in the context of cutting-edge companies, with a strong presence of intangible resources. The characteristic packaging has been furtherly enhanced through a careful revitalization of the ancient labels, adopting graphic styles, illustrations and colors of the Italian Liberty, that back then had impressed Trappist monks and influenced their promotional choices. A new product has been created, the 90% dark chocolate bar, following processing times and methods of the old monastic recipe, that has been acknowledged in Parma, by the experts of the “Cibus Connect 2019”, as one of the 100 most innovative products of the year.

The new ownership also decided for a deep and careful restoration of the entire old factory with special attention and care for the machinery, a part of them dating back to the beginning of the nineteenth century.

Today the old factory of “Il Cioccolato dei Trappisti” is one of the few Sites of italian industrial archaeology to be perfectly preserved and fully operational, receiving all year round schools, consumers, enthusiasts and experts from Italy and abroad, in that “magical” atmosphere of a Museum Factory.